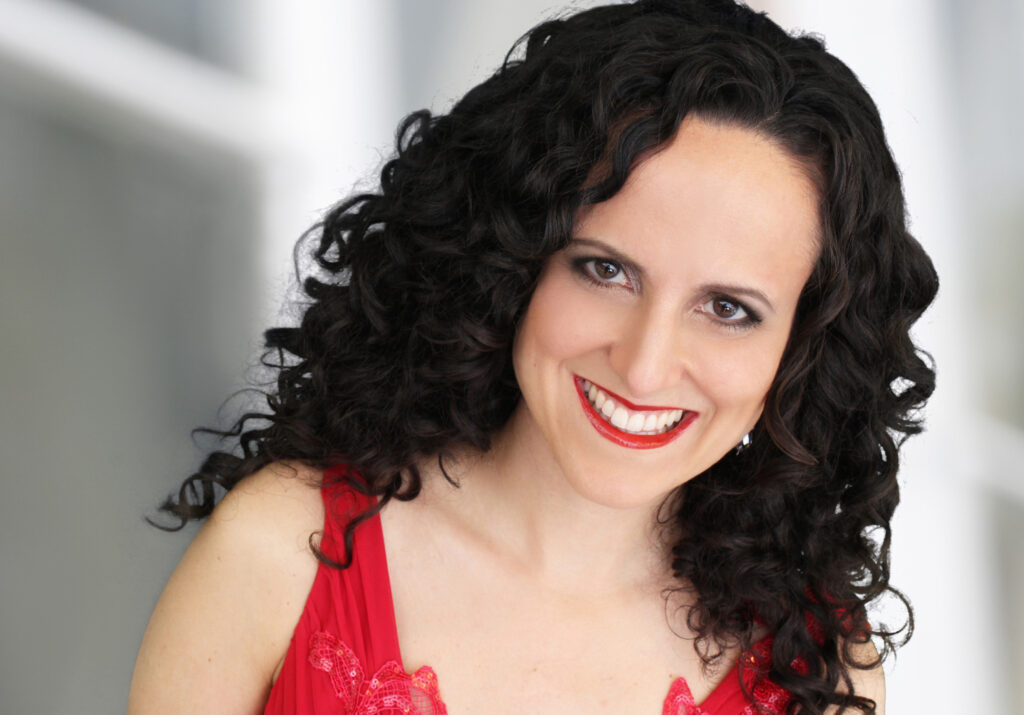 Soprano Laura Farmer has been lauded as a vivacious singer “gifted with a crystalline voice, dramatic soul and a passion for the stage.” Ms. Farmer recently performed the roles of Gabriel & Eve from The Creation as a soloist with the NJ Oratorio Society. In addition, she performed the role of Marie in the critically acclaimed and sold-out world premiere of Breaking Bad with One World Symphony in Manhattan. She also sang Lulu’s Lied and songs from Peer Gynt with One World Symphony and covered Gilda at Carnegie Hall. She has sung a wide range of roles including Norina (Don Pasquale), Adele (Die Fledermaus), Josephine (HMS Pinafore), Monica (The Medium), Gretel (Hansel & Gretel), Magnolia (Showboat), Yum Yum (Mikado), Cleopatra (Giulio Cesare), Marzelline (Fidelio), Frasquita (Carmen), Servilia (La Climenza di Tito) and Despina (Cosí fan Tutte) with companies including Des Moines Metro Opera, Natchez Music Festival, Tulsa Opera, One World Symphony and Liederkranz Opera. Internationally, Ms. Farmer performed the role of Giulietta from I Capuleti e i Montecchi in an eight-city tour of the Czech Republic. In addition, Ms. Farmer performed the lead role of Giulia from La Scala di Seta in Teatro di Pacini, in Tuscany. Other European performances include the role of Constance from Dialogues des Carmélites under the baton of San Francisco Opera’s Kathryn Cathcart at the International Institute of Vocal Arts in Italy.

In competition, Ms. Farmer has earned distinction. She was selected to compete in the finals of the National Opera Association Vocal Competition. In addition, she was chosen as a Semi-Finalist in the New York Vocal Artists Competition and was invited to sing in a gala concert in Weill Hall at Carnegie Hall.

Ms. Farmer is a well-rounded artist, noted for her strong dramatic talents, who is equally at home with opera, recital, musical theater and oratorio. She has performed Bach’s Cantata No. 89 at the prestigious Aspen Music Festival and was invited by the Pro Art Symphony in California to sing in a benefit concert of French salon music. Ms Farmer sang Mozart’s Exsultate Jubilate at the International Institute of Vocal Arts in Italy. Additionally, Ms. Farmer collaborated with the New York-based Goffredo Dancers as a soloist in a piece developed around her vocal performance of Rodrigo’s Cuatro Madrigales Amatorios. She also performed Zarzuela duets and Spanish art songs at the Spanish Institute in New York. Following graduation from Yale University, she appeared in jazz a cappella concerts with Whim’n Rhythm in a nine-country tour of the Far East and was featured on Korean national television and radio. On that tour, Ms. Farmer performed at concerts at the U.S. Embassy in Thailand and Club Med Bali. 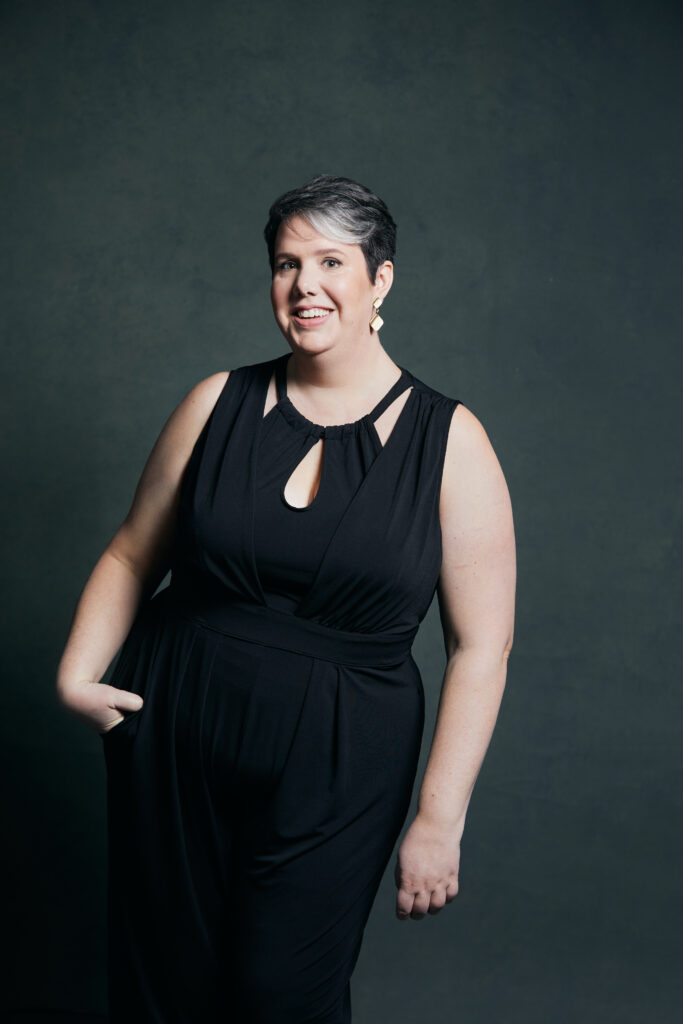 Praised by Opera News for her “unusually rich and resonant voice,” contralto Sara Couden is a premiere interpreter of operatic, concert, and song repertoire. Her recent projects include a role debut as Nurse in Dukas’ rarely-performed masterwork ARIANE ET BARBE-BLEUE with West Edge Opera, as well as company debuts with the Philadelphia Orchestra as Mother/Chinese Cup/Dragonfly (L’ENFANT ET LES SORTILÈGES), the Cincinnati Symphony Orchestra as the Alto Soloist in Julia Perry’s STABAT MATER, and the Charleston Symphony in Beethoven’s NINTH SYMPHONY. Ms. Couden also recorded her debut solo album with pianist Jenny Lin, featuring the complete vocal works of Artur Schnabel, on the Steinway & Sons label. Her 2022-23   season includes a return to the Metropolitan Opera to cover Mrs. Sedley (in PETER GRIMES) and a role debut as Ottavia in L’INCORONAZIONE DI POPPEA with West Edge Opera, as well as company roles with the Seattle Symphony in Händel’s MESSIAH, the California Symphony in songs by Alma Mahler, and the Eureka Symphony in Mozart’s REQUIEM. 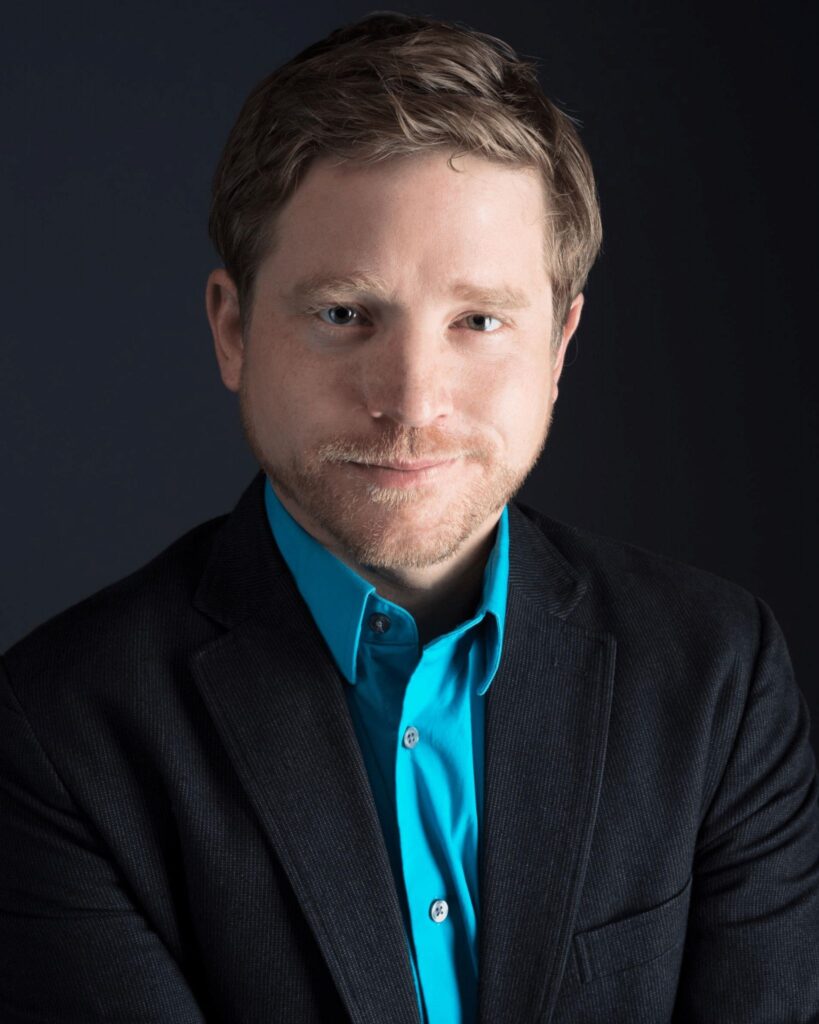 Versatile Tenor Jon Lee Keenan is a native of Las Vegas, Nevada. Influenced by his father, a classical musician and jazz saxophonist, Jon cultivated an early interest in performing a variety of musical styles. After studying classical voice and jazz bass at UNLV, he relocated to Southern California to pursue a career in classical singing, and to further study vocal arts at the USC Thornton School of Music. In 2007, Mr. Keenan was selected to join the LA Master Chorale and has been featured as a soloist at Walt Disney Concert Hall in each season since. Recent highlights with LAMC include the role of “Evangelist” in Bach’s St. Matthew Passion, tenor soloist in Handel’s Messiah and Bach’s Magnificat.

As an in-demand performer of new music, Mr. Keenan has helped create several new exciting characters through collaborations with experimental opera producers at The Industry LA, including “Clyde Barrow” in Bonnie and Clyde (Andrew McIntosh), “Little Monk” in Brecht’s Galileo (Andy Akiho), and “Gunner” in War of the Worlds (Anne Gosfeld). Kennan recently recorded the role “Gniphos” in the LA Philharmonic’s production of Lou Harrison’s Young Caesar, released internationally in 2018 on The Industry Records.

This season’s highlights include appearances with the Corona Del Mar Baroque Festival in Bach’s Magnificat; Various characters in John Cage’s Europeras I and II with the Los Angeles Philharmonic, and an international tour of Lagrime di San Pietro with music by Orlando di Lasso and staging by Peter Sellars. When not singing, he can be found playing Jazz Bass with “Citizen Kitten”. For more go to:  www.JonLeeKeenan.com 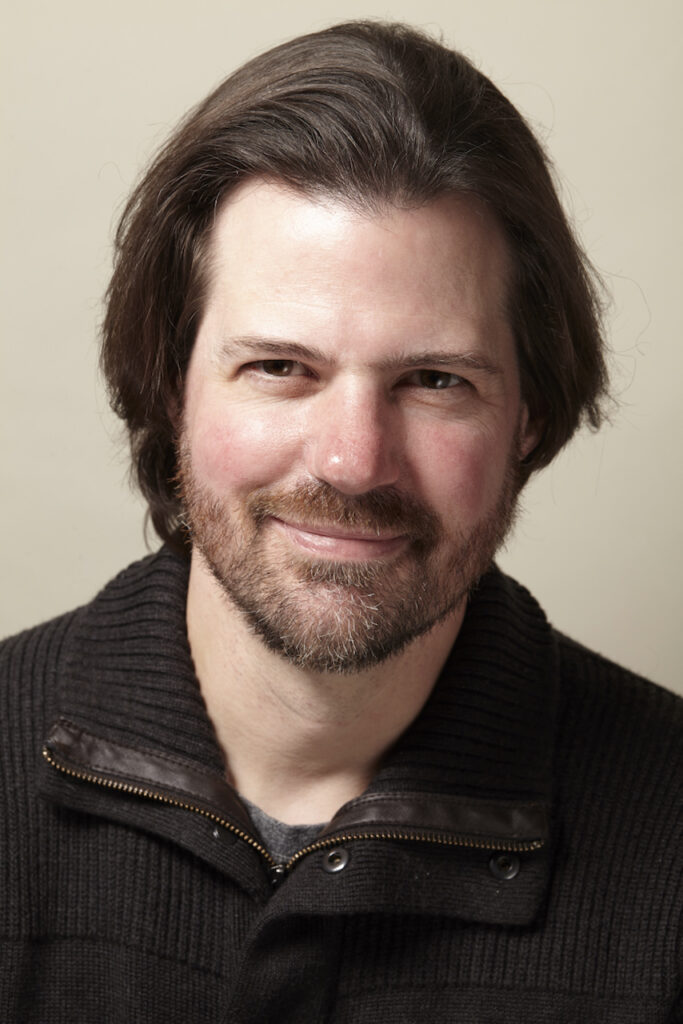 Bay Area Operatic Bass Kirk Eichelberger has captivated audiences around the world with his rich vocal tone and commanding stage presence. He has performed at the Metropolitan Opera, Royal Opera House, across Canada including Montreal, Vancouver, Edmonton and Winnipeg as well as in Philadelphia, Kansas City, Washington National Opera and Opera Theater of Saint Louis. An avid chamber musician, he enjoys balancing his operatic career with intimate recitals. He delves into the works of Mahler, Mussorgsky, Rachmaninov, Brahms and Wolf. On the concert stage, Mr. Eichelberger has performed the title role in Mendelssohn’s Elijah and has performed as a principal soloist in presentations of Verdi’s Requiem, Mozart’s Requiem, Beethoven’s 9th Symphony, Handel’s Messiah, Bach’s B-minor Mass, Haydn’s Creation, Pärt’s Litany, Kodály’s Budavári Te Deum and Einhorn’s Voices of Light.

Mr. Eichelberger has been praised for “commanding the stage at every turn” (San Francisco Chronicle) and for his “resonant bass and riveting stage presence” (Dayton City Paper). Recent engagements include Alidoro in La Cenerentola with Opéra de Montréal, Zuniga in Carmen for the Spokane Symphony and Opera Coeur d’Alene, Commendatore in Don Giovanni for the Edmonton Opera and Manitoba Opera, Don Basilio in The Barber of Seville for the Livermore Valley Opera, and the Merola Opera Program at San Francisco Opera engaged him for Abraham in Flames. The 2021/2022 season sees Kirk join Livermore Valley Opera for Verdi’s Otello and Tundi Productions for both Wagner’s Die Walküre and Der Rheingold. In the Fall of 2021, he performed the role of The Commentator in Solo opera’s production of Scalia v. Ginsberg.

Further credits include The Emperor in Tan Dun’s Tea and Don Fernando in Fidelio with Opera Company of Philadelphia, Mephistophélès in Faust with Opera Grand Rapids, Sparafucile in Rigoletto with Vancouver Opera, and Ferrando in Il trovatore with both Opera Manitoba and Lyric Opera of Kansas City. Kirk made his Metropolitan Opera debut in Prokofiev’s The Gambler.He has sung The Four Villains in The Tales of Hoffman with Opera Theatre of Saint Louis, the title role in Le nozze di Figaro for Opera Memphis, and Alidoro in La Cenerentola with Sacramento Opera. On stage with the Festival Opera of Walnut Creek, Kirk has performed Timur in Turandot, and Bottom in A Midsummer Night’s Dream.

Mr. Eichelberger was a national finalist in the Metropolitan Opera National Council Auditions and also the MacAllister Awards for Opera Singers. He holds a Master of Music degree in Vocal Performance from the University of Cincinnati-College Conservatory of Music and a Bachelor of Music degree in Vocal Performance from Moody Bible Institute in Chicago, Illinois. For more go to:  Kirk Eichelberger — Dean Artists Management 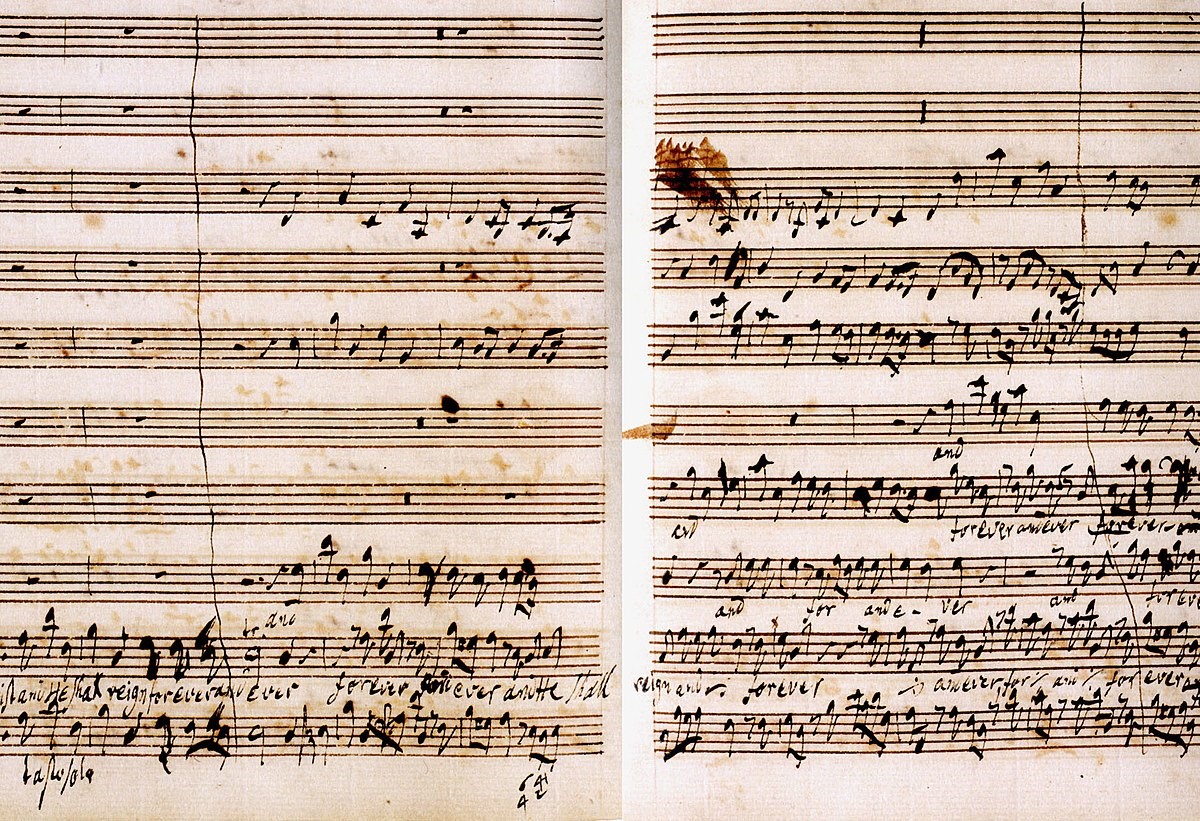 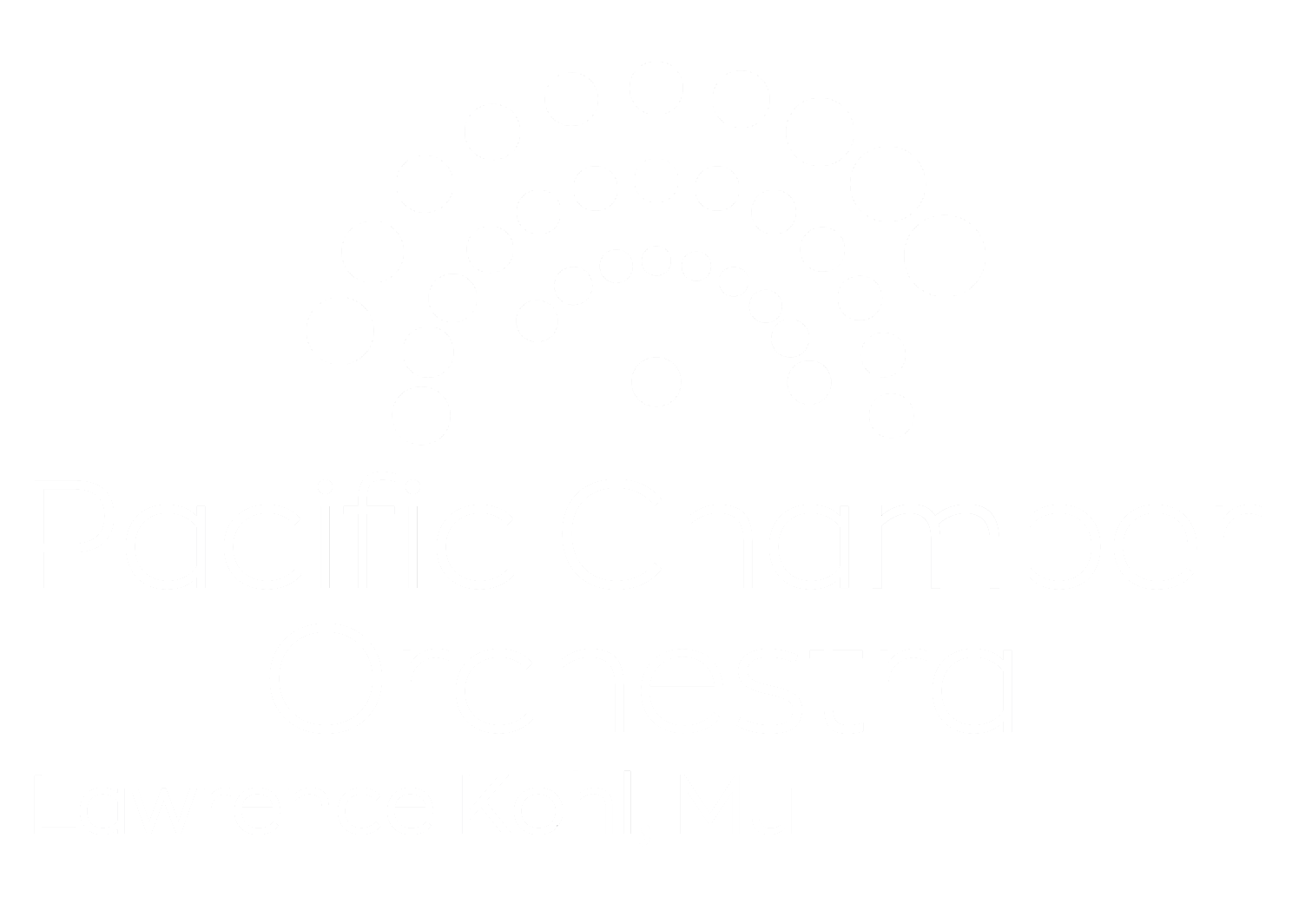